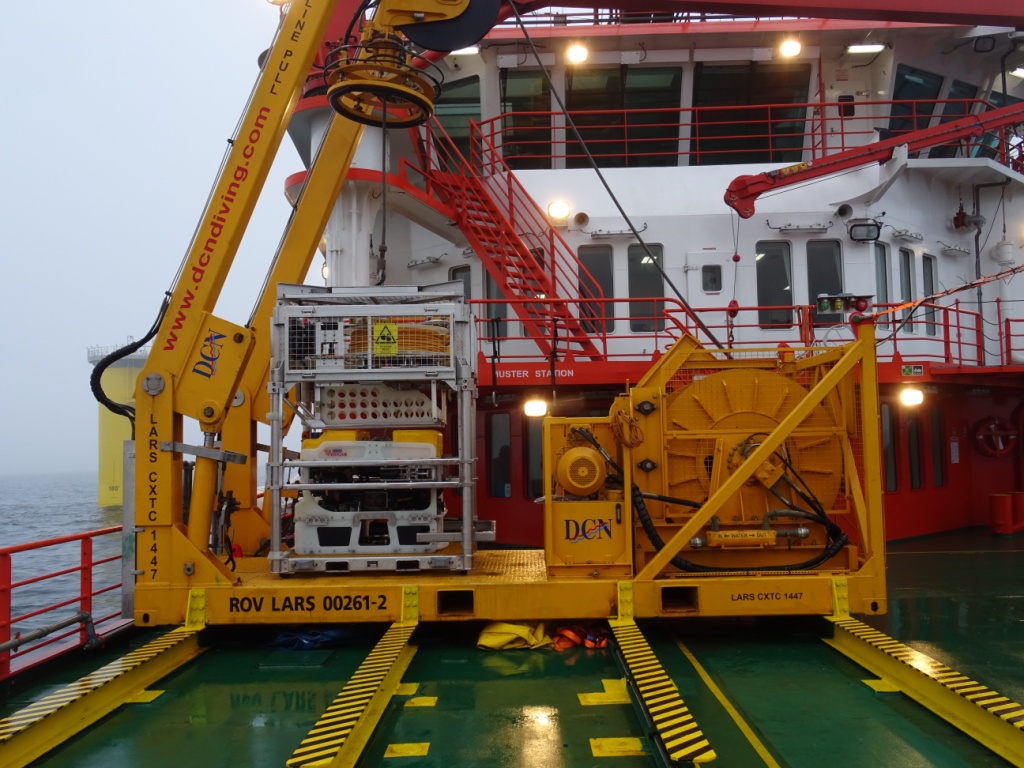 
The success of the project came from incorporating a tooling package created by DCN Diving into their Cougar XT Compact, a robotic system specially designed for handling strong currents around wind farms with its six thruster power and low profile structure.

DCN’s low cost solution for removing the grouting hoses following installation of transition pieces on top of the mono-piles at the Godewind 1 & 2 Windfarms, came from combining a Seaeye hydraulic power pack with a miniBOOSTER and a TNT Rescue ‘Jaws of Life’ hydraulic rescue cutter to create a uniquely powerful and effective system.

The task for the compact Cougar also included offloading 58 tons of the grouting hose into containers.

The result was a task completed on time, within budget, and to the full satisfaction of the customer, says Fred Bosman, ROV operations manager at DCN Diving who explained the technique used: “We first attached an hydraulic clamp on the upper part of the grouting hose, which was connected to both Cougar and vessel crane. Once the clamp was secured to the grouting hose the ROV was pulled back from the clamp so the hose was no longer connected to the ROV but only to the vessel crane.”

“Our next step was to cut the hose as close as possible to the lower side of the hose, and the last highest cut just underneath the coupling. At this time the hose was no longer connected to the structure and the vessel crane recovered the hose to the deck where it was stored in an open-top container until off-loaded in port. Depending on how close we could position the cutter to the couplings, the remaining hose lengths were about 6m long and weighed about 300kg each.”

From the start, DCN Diving were confident they could creatively exploit the Cougar’s technological architecture and windfarm-relevant design for their needs by harnessing the vehicle’s exceptional power, precise control and low-profile design that minimises the effect of current and a small diameter tether that reduces the effect of drag – all of which enable the Cougar XT Compact to handle strong currents whilst undertaking a wide range of tasks. 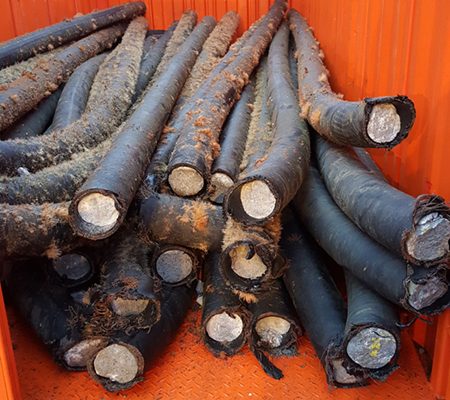 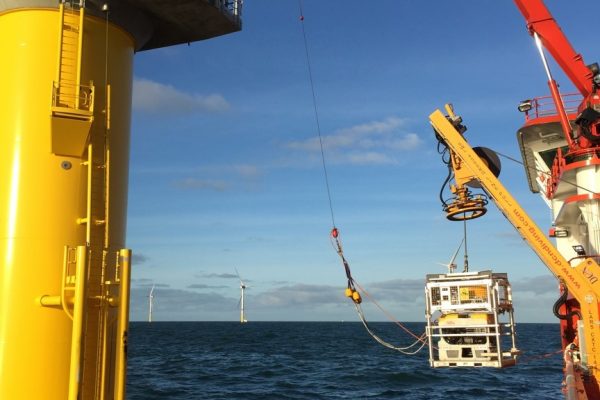 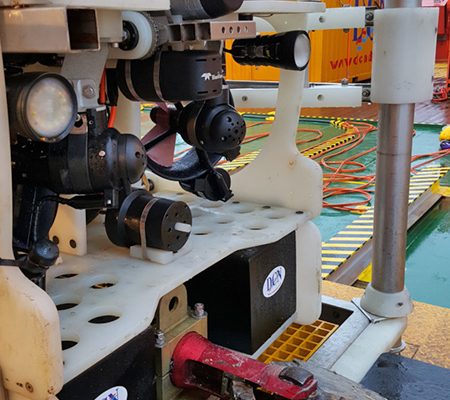