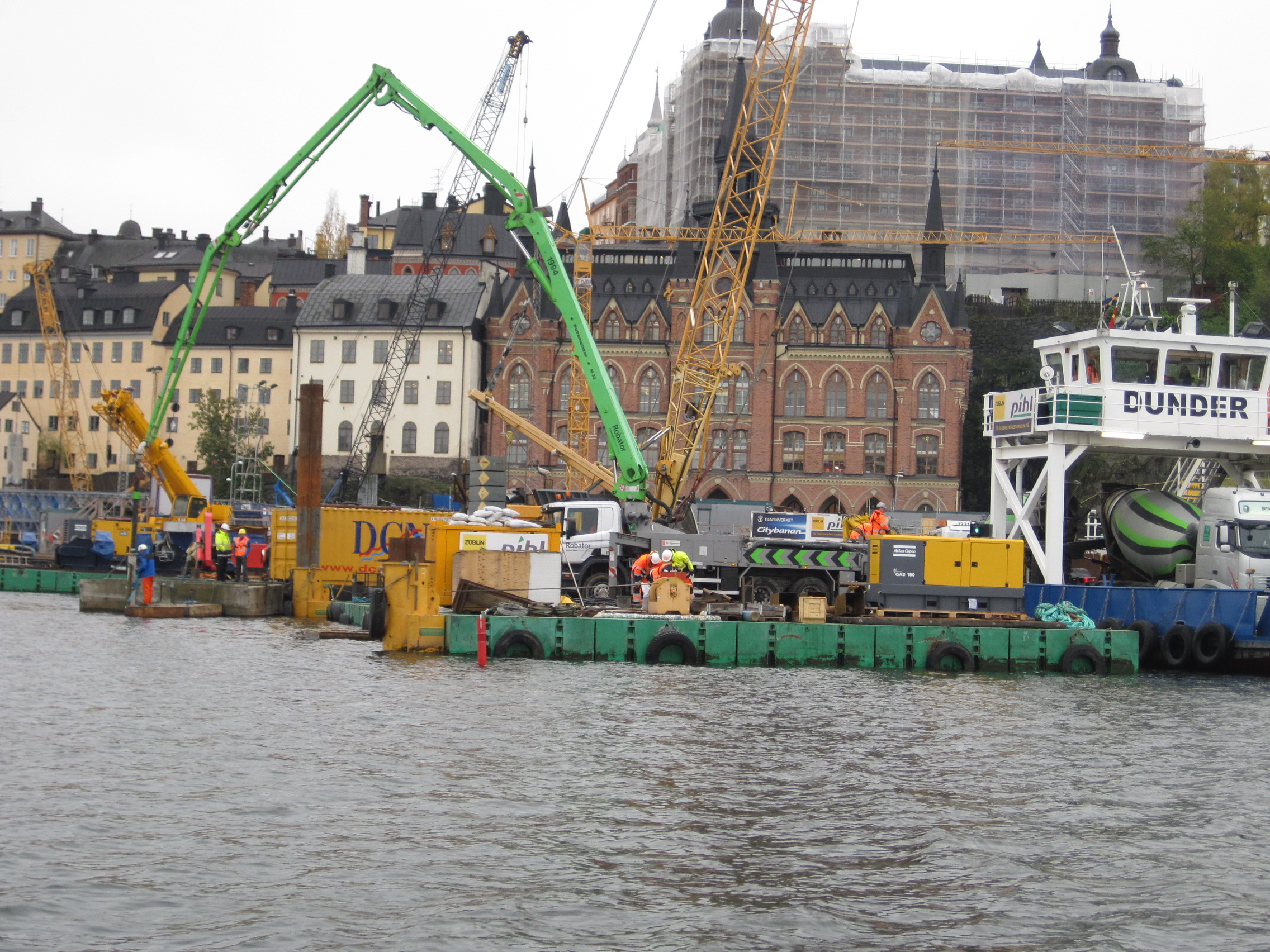 The tunnel in the Söderström is part of the Citybanan project and comprises a 340 m long immersed tunnel which is located between Riddarholmen and Södermalm. The immersed tunnel will be part of a 6 km long tunnel with two railway tracks and connects the rock tunnels at either side of Lake Ridderfärden. The Söderström tunnel consists of three prefabricated tunnel elements, two short cut and cover tunnels and a joint house. Unique for Europe and due to the limited water depth the immersed tunnel is constructed as a sandwich tunnel with concrete and a double steel shell. The tunnel is placed partly above the lake bed on 3 pile groups due to the soft soil on top of the bedrock. After the immersion operations the three tunnel elements were connected by means of prestress.
The tunnel was fixed at the southern end in the rock at Södermalm and has a free end at the joint house (at the northern end) where movements can take place. *

DCN Diving was contracted for the execution of all diving activities prior to and during placing of tunnel elements  engineering, method statements, underwater concreting, preparation and removal of subsea lifting structures on elements and further dive support. 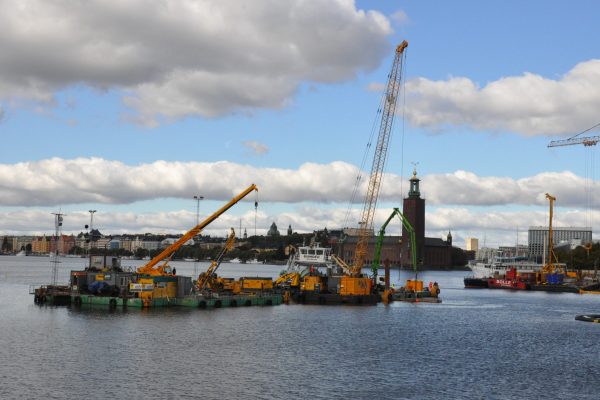 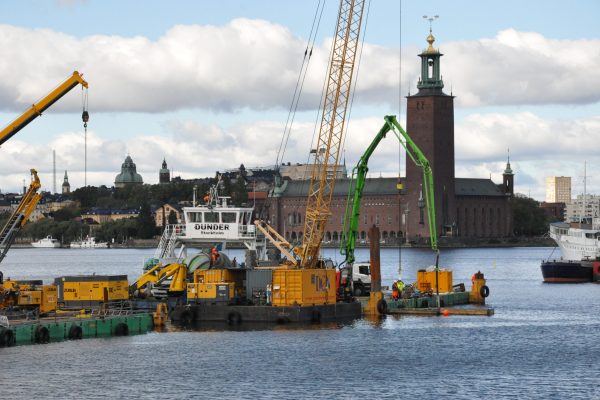 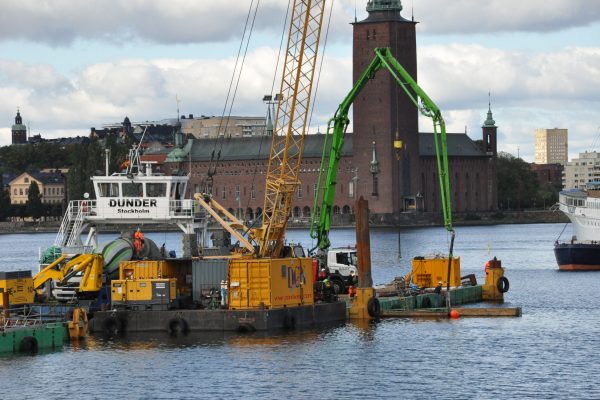 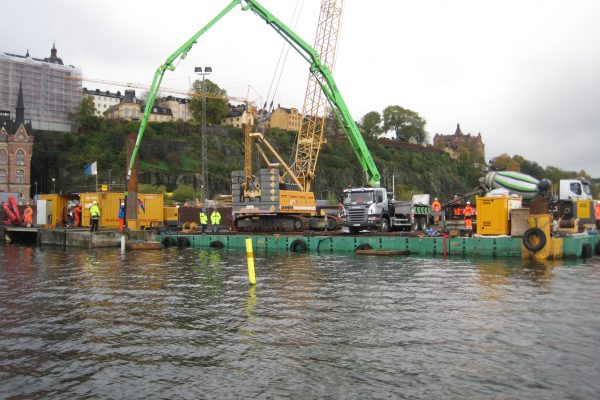 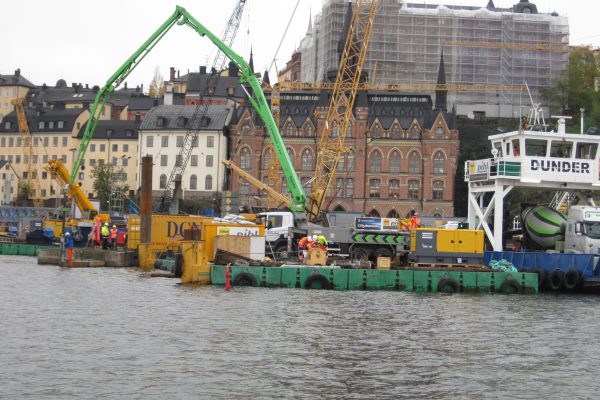